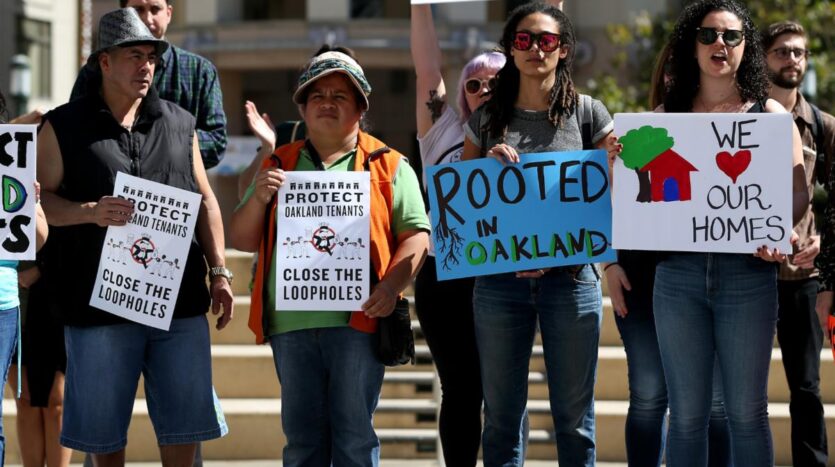 Tenant advocates and apartment landlord groups have poured roughly $49 million into campaigns for and against a ballot measure to expand statewide rent control in California, where high housing prices are pushing residents out of cities.

Proposition 21 is quickly becoming one of state election season’s most expensive measures, with millions being added to the total daily as both sides enter the stretch run in a high-profile statewide and presidential November election that could be decided by a record-high turnout of voters.
Large out-of-state real estate investment trusts and apartment landlords including giants such as Equity Residential and Essex Property Trust have contributed most of the more than $32 million to defeat Prop. 21, according to campaign data. That’s nearly twice the $16.8 million raised by affordable housing and tenant rights groups trying to pass the initiative to strengthen rent control for the second time in two years, based on financial filings with the California Secretary of State through Thursday. For full story click here
By Randyl Drummer | CoStar News |Sep 3, 2020